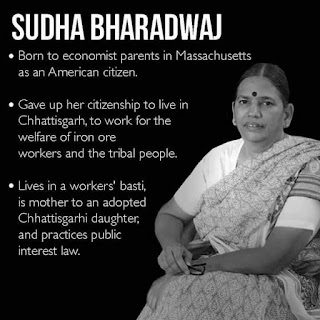 *Regarding the letter issued to the Press by Pune Police*

1. It is a totally concocted letter fabricated to criminalize me and other human rights lawyers, activists and organisations.

2. It is a mixture of innocuous and publicly available facts and baseless fabrication. Various legal and democratic activities such as meetings, seminars, protests have been sought to be delegitimised by alleging that they are funded by Maoists.

3. A number of human rights lawyers, activists and organisations have been deliberately named to cast a stigma over them, to obstruct their work and incite hatred against them.

4. There is an effort to delegitimise IAPL an association of lawyers whose president is Retd J. Hospet Suresh and which has been active in speaking up against attacks on lawyers.

5. I categorically state that I have never given Rs. 50, 000/- to hold any programme in Moga. Nor do I know any “Ankit from Maharashtra” or “Com Ankit who is in touch with Kashmiri Separatists.

6. I know Gautam Navlakha, a senior and respected human rights activist whose name has been mentioned in a manner to criminalize and incite hatred against him.

7. I know Jagdalpur Legal Aid Group well and have never solicited any funds for them least of all from any banned organisation. I categorically state that their work has been absolutely legitimate and legal.

8. I know Advocate Degree Prasad Chouhan a dalit human rights activist who is active in PUCL and works with the Human Rights Law Network. Totally baseless allegation has been made against him.

9. There has been an effort to criminalize and incite hatred against various lawyers activists and organisations who have exposed HR violations in Bastar, Chhattisgarh.

I once again declare that this is a fabricated letter, which I had refuted when it was flashed on Republic TV on 4th July, and which has not even been brought before either the Pune Court nor the CJM Faridabad while seeking to whisk me away to Pune.

https://www.facebook.com/joy.sengupta.7549/posts/10157942658224569?__xts__%5B0%5D=68.ARAzEcfuTf83aItlXW0G6nxq4R1SVXnIa7kaVmvFSpCW7_sso411BkCfIixaORMojZ3wFiKicxMh8CheVc_jY6l3DVfXD-o2rYS21BaTuqfuqQuDRZmN6URnGgXeRlJqbluG9FcDN_x0FvXnMt1fzrOGE6wqXhBIC4AcDj0VopPot4nquLmT9sw&__tn__=-R
From the wall of Joy Sengupta 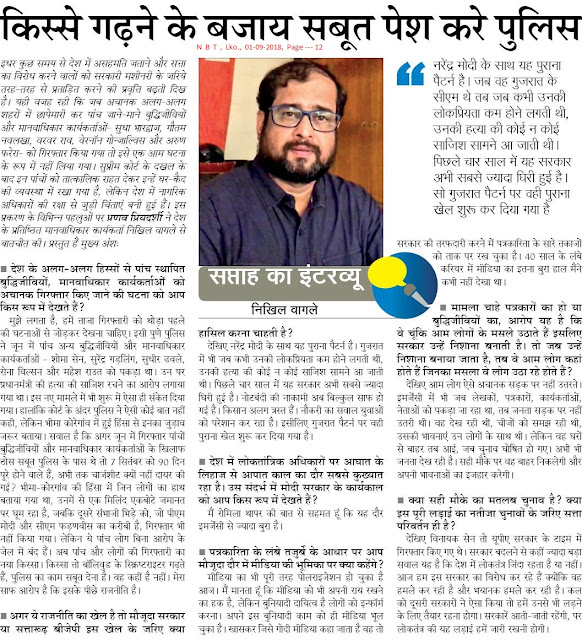 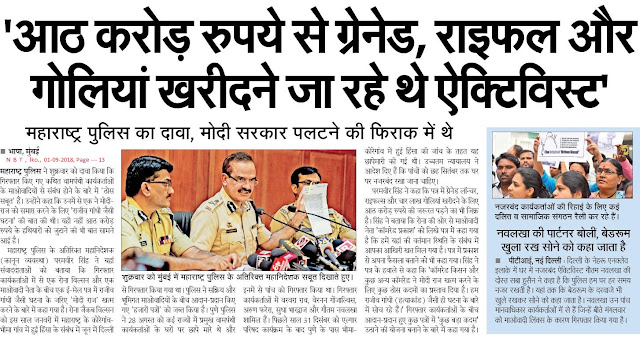 Posted by vijai Rajbali Mathur at 17:30